Shindo Jinen Ryu was founded by Yasuhiro Konishi, who was born in 1893 in Takamatsu, Kagawa, Japan. Konishi Sensei began his martial arts training at age 6 in Muso Ryu Jujitsu. When he entered the equivalent of a western high school, he began training in Takenouchi Ryu jujitsu. This particular jujitsu style is known for its strong kicks and punches, very similar to karate. At age 13, while practicing jujitsu, Konishi Sensei began studying kendo as well. In 1915, he commenced studies at Keio University in Tokyo. While average tenure at university is four years, Konishi Sensei remained at Keio University for eight years because of his love for kendo and jujitsu. He was Keio University’s kendo team captain, and continued coaching the university’s kendo club after his graduation.
Konishi Sensei’s first exposure to “Te” (which later (Sensei Konishi) developed into karate) was through a fellow classmate at Keio University, Tsuneshige Arakaki of Okinawa. Konishi Sensei found the techniques of “Te” (as referred to by Arakaki) very similar to  those of Takeuchi Ryu jujitsu. Though Arakaki was in no way a master of “Te”, Konishi Sensei found the system to be very intriguing. After graduating from the University, he became a salary man. However, he was not completely satisfied with his occupation. With encouragement from his wife, he quit his job and opened his own martial arts centre in 1923 and called it the Ryobu-Kan (“The House of Martial Arts Excellence”), teaching mainly kendo and jujitsu. In September 1924, Hironishi Ohtsuka, the founder of the Wado-Ryu style of karate, and Gichin Funakoshi, the founder of Shotokan karate, came to the kendo training hall at Keio University. 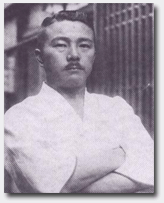 They approached Konishi Sensei with a letter of introduction from Professor Kasuya of Keio University. Mr Funakoshi asked if it would be possible to use the training hall to practice Ryukyu Kempo To-te jutsu. During this era, it was unheard of for one martial arts school to allow a martial arts teacher from another system to teach in their dojo. Such a request would be considered a “challenge” to the dojo. Konishi Sensei, however, was a visionary in the sense that he saw value in cross-training; he remembered the kata demonstrated during his university days by Arakaki, and he agreed to Funakoshi Sensei’s request. With Konishi Sensei’s help, Funakoshi established a To-te practice club at Keio University (the first university karate club in Japan). Konishi Sensei, Funakoshi Sensei, and Ohtsuka Sensei were the principal instructors. Konishi Sensei continued to instruct a curriculum consisting of kendo, jujitsu, and western boxing at the Ryobu-Kan. Karate-jutsu was born when Funakoshi Sensei added karate to this mix. As yet, no names were applied to the emerging styles. Groups that practiced a pure form of jujitsu did not think highly of karate, and challenged Funakoshi Sensei. 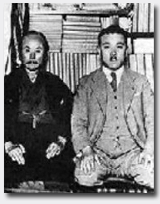 After a challenge had been met, Funakoshi Sensei would explain karate-jutsu, and highlight the mental and spiritual benefits of the style. Many listeners understood and agreed to the point that they switched styles to study karate.
During this time, there was an ongoing philosophical debate among martial artists as to the definition of budo. Some believed budo required the death of the opponent; others, that budo meant supporting or educating the opponent in the proper ways. Funakoshi Sensei always taught budo as technique and education. Konishi Sensei especially believed “Bu bun ryo do”, translated as “For karate to be perfect, it cannot be just technique, but also education.” As technique disciplines the body, education should discipline the mind. Thus Konishi Sensei believed that Budo involves educating the opponent.
Over time, three major changes occurred in Funakoshi’s original karate teachings. First, because karate was introduced to the Japanese physical education program at the elementary school level, Funakoshi Sensei assigned Japanese names to replace the Okinawan names of the various kata, making karate easier to learn. The second change was the addition of ippon kumite to karate training. At first, karate training was primarily the practice of kata. (Konishi Sensei contended that training in kata alone was not sufficient to develop the whole person. 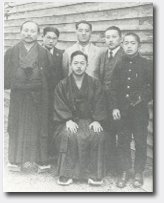 Other forms of “Do” such as kendo and Judo had training methods that included application of techniques with partners. Konishi Sensei and Ohtsuka Sensei added ippon kumite to the training regimen. The third major change occurred in the kanji of “karate”. The original kanji used to write “karate” meant “Chinese hand”, indicating the source of the techniques. In 1929, teachers and students in the Keio University’s Karate Research Group discussed the translation of the kanji for karate, and agreed to change the kanji of “karate” to mean “Empty Hand”. They contend that this new kanji was a better representation of what karate had developed into. This change was adopted over the protests of many Okinawans, 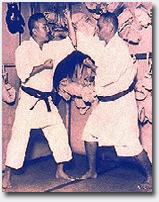 but remains the accepted translation to this day.
Karate gradually became more popular and many masters from Okinawa began to visit Japan. Because of Konishi Sensei’s open-mindedness, many well-known budoka visited Ryobu-Kan during this era, exchanging techniques. Among them were: Kenwa Mabuni (founder of Shito-Ryu Karate), Chojun Miyagi (founder of Goju-Ryu Karate), and Choki Motobu. These three masters influenced Konishi Sensei in various ways and made definitive contributions to Konishi Sensei’s emerging style.
Konishi Sensei considered Choki Motobuto be a martial arts genius and made every effort to train with him. Motobu Sensei’s specialty was the Naifanchin kata. As a teacher, he knew many kata, but would only teach them when his student had mastered Naifanchin. Through training in this kata he became famous for scooping his opponent’s leg. Although physically a big man, Mr Motobu was very light on his feet, which may be the reason why he was so successful in challenging other martial artists to kumite.

His teaching to Konishi Sensei emphasized footwork and the use of Ki. Motobu Sensei didn’t speak Japanese very well, and relied on friends to translate for him when he taught. He was not wealthy and had difficulty supporting himself during his visits to Japan. Konishi Sensei organized the Choki Motobu Support Society and arranged for seminars and training sessions at which Motobu Sensei was able to collect fees. Konishi Sensei accompanied Motobu Sensei to many training sessions in order to assist him in explaining the concepts and techniques of karate. Chojun Miyagi by all accounts did not talk very much. He was famous for his big hands and histeisho uchi (palm strike), and was noted for grabbing and pulling very strongly. Though Konishi Sensei did not train with Miyagi Sensei as much as with other karate masters, Miyagi Sensei did impact Konishi Sensei’s knowledge of karate by presenting Konishi Sensei with an original manuscript, An Outline of Karate-Do, dated March 23, 1934. This document has only recently been translated into English and is now available worldwide. Konishi Sensei trained extensively with Kenwa Mabuni, the founder of Shito-Ryu. Mabuni Sensei resided at Konishi Sensei’s house for about ten months from 1927-28. They became very close friends. Mabuni Sensei was celebrated for the wide number of kata, which he knew and performed with great elegance and calm. Konishi Sensei developed the kata Seiryu in collaboration with Mabuni Sensei. 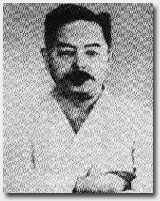 THE FORMAL ACCEPTANCE OF KARATE IN JAPAN

THE NAMING OF SHINDO JINEN RYU

Konishi believed that if you walk a morally correct path in this life, then you are naturally following the divine way. If you train in karate in a natural way and master your body, you will expand your knowledge and experience, and establish a solid foundation for naturally living a morally correct life. And so his style, on the recommendation of Morihei Ueshiba (the founder of Aikido), came to be Shindo Jinen-Ryu Karate-Jutsu (“godly, natural style, complete empty-handed way”).
Miyagi Sensei named his style Goju-Ryu, as it blended hard and soft techniques. Mabuni Sensei studied under both Yasutsune Itosu and Kanryo Higashionna (Okinawan masters of To-te), and named his style Shito-Ryu, combining the first kanji from each of their names. For Hironishi Ohtsuka, the study of budo places one in harmony (“Wa”) with the universe; his style became known as Wado-Ryu. Ueshima Sensei based Kushin-Ryu (“Sky-Heart”) on the idea of the universe and person as centre and in harmony. And students convinced Funakoshi Sensei to name his style Shotokan: Shoto, meaning “Pine Waves”, was Funakoshi’s pen name.

After many months of research and training, Konishi Sensei developed a kata called Tai-Sabaki (Body movement). He based this kata on karate, but incorporated principles found in the teaching of Ueshiba Sensei. Though the kata did not contain any complex movements, it consisted of a chain of actions, with no pause after each action. After the demonstration of this kata by Konishi Sensei, Ueshiba Sensei remarked that, “The demonstration you did just know was satisfactory to me, and that kata is worth mastering.” Later Konishi Sensei developed two other kata based on the principles of Tai Sabaki. The three became known as Tai Sabaki Shodan, Tai Sabaki Nidan and Tai Sabaki Sandan. 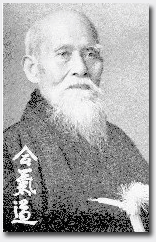 In about 1935, Konishi Sensei developed another kata – Seiryu. During this period, Konishi Sensei, Ueshiba Sensei, Mabuni Sensei, and Ohtsuka Sensei were training together almost daily. At this time, top officers of the Imperial Army largely controlled the Japanese government. Konishi Sensei was asked by the commanding general of the Japanese Army to develop women’s self-defence techniques. His first step in fulfilling the Army’s request was to ask Mabuni Sensei to help him develop standardized training methods, to help the students remember the techniques.
Together, they developed a karate kata that incorporated the essence of both their styles. As they worked to finalize the kata, they shared it with Ueshiba Sensei, who approved some sections, but advised certain changes. Ueshiba Sensei strongly felt that the kata should be modified based on the gender of the practitioner, because of the need to protect very different sensitive areas. Also a woman’s training was normally executed from a natural (higher) stance. Another factor, which greatly influenced the kata, was the female position in Japanese society. At the time, a woman’s life was defined by cultural customs, though both sexes wore kimono and used geta. All these factors were considered in the process of developing the kata.
As a result of the collaboration between three great masters, the Seiryu kata contained the essence of both aikido and jujitsu, going with the force instead of directly opposing an opponent’s attack. Ryu means willow in English, and just like a willow will bend with the wind, so should the martial artist practicing this kata. The term also implies great strength, for the willow does not break under the  force of the wind. The kanji for this kata may also be pronounced aoyagi. 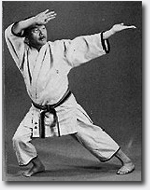 When World War II started, many karateka left to fight for their country, and further development of karate as art was stymied. In 1945, with the return of the country’s male population, karate and budo were developed and introduced into the public education system. Karate had thus become a way of life in Japan. While Funakoshi Sensei concentrated his teaching efforts in Japanese schools, Konishi Sensei was more often found in a business, teaching employees. While both arenas may seem unusual to the Western mind accustomed to football and rising medical/worker’s compensation insurance, their efforts were highly respected and very practically arranged, since it prevented open competition between them.

After the death of Konishi Sensei in 1983, authority for Ryobu-kai Karate passed to his son, Yasuhiro (Takehiro) Konishi, 10th Dan. Takehiro Konishi changed his name to Yasuhiro Konishi after his father’s death. He was born on May 25, 1931 in Tokyo, Japan.

Iconic One Theme | Powered by Wordpress